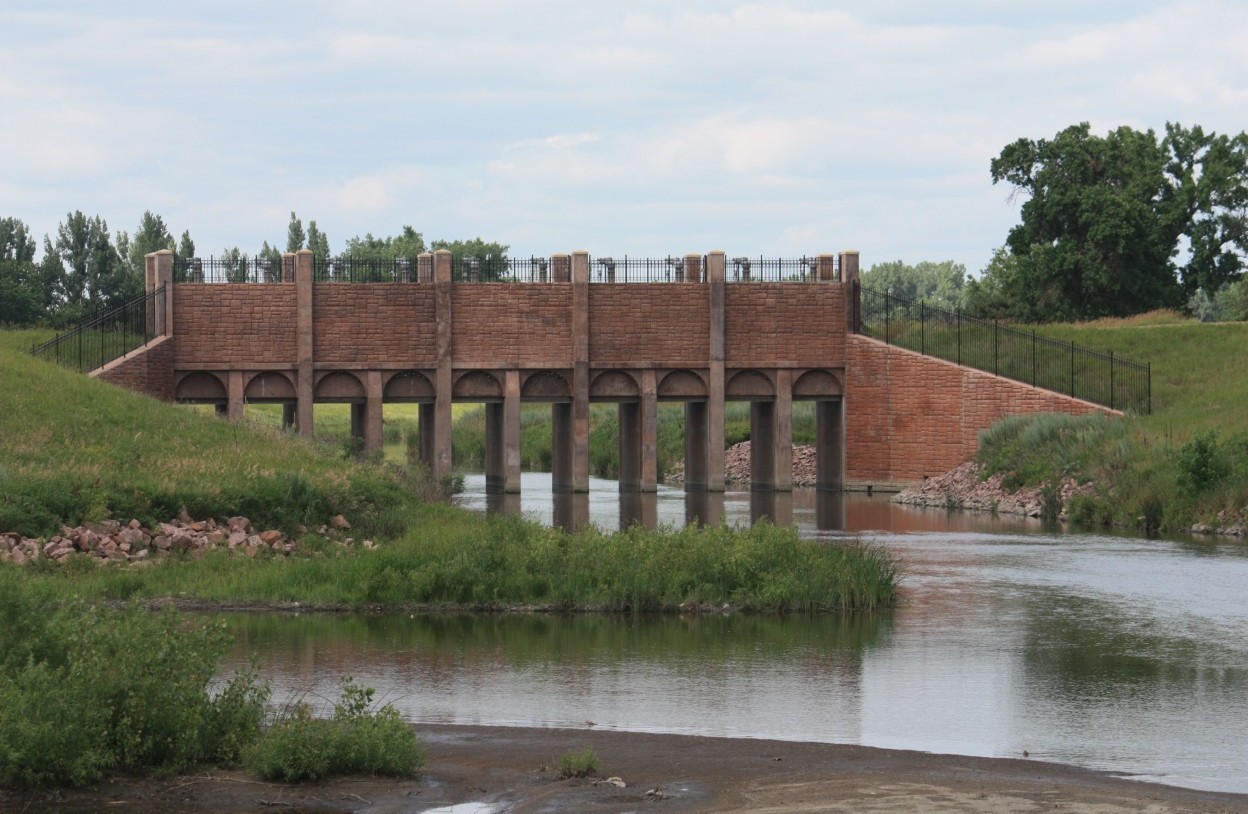 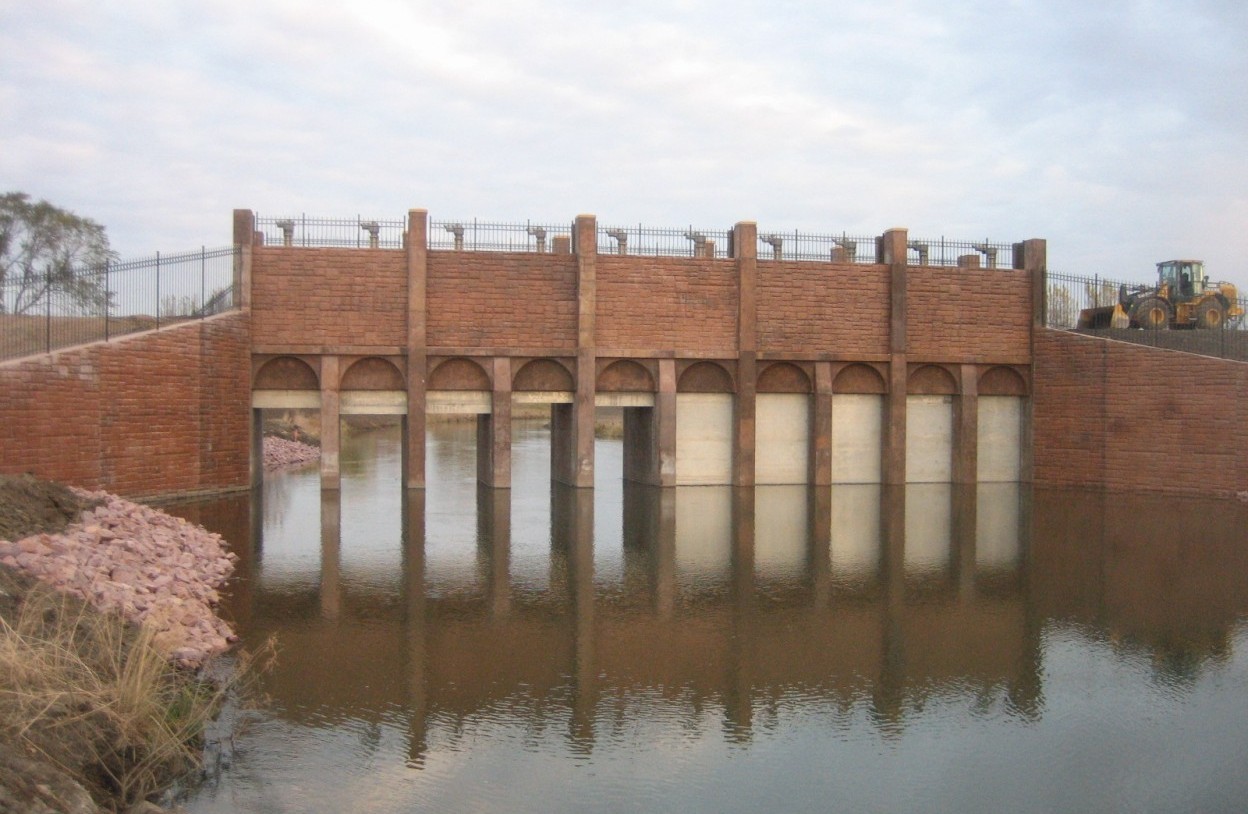 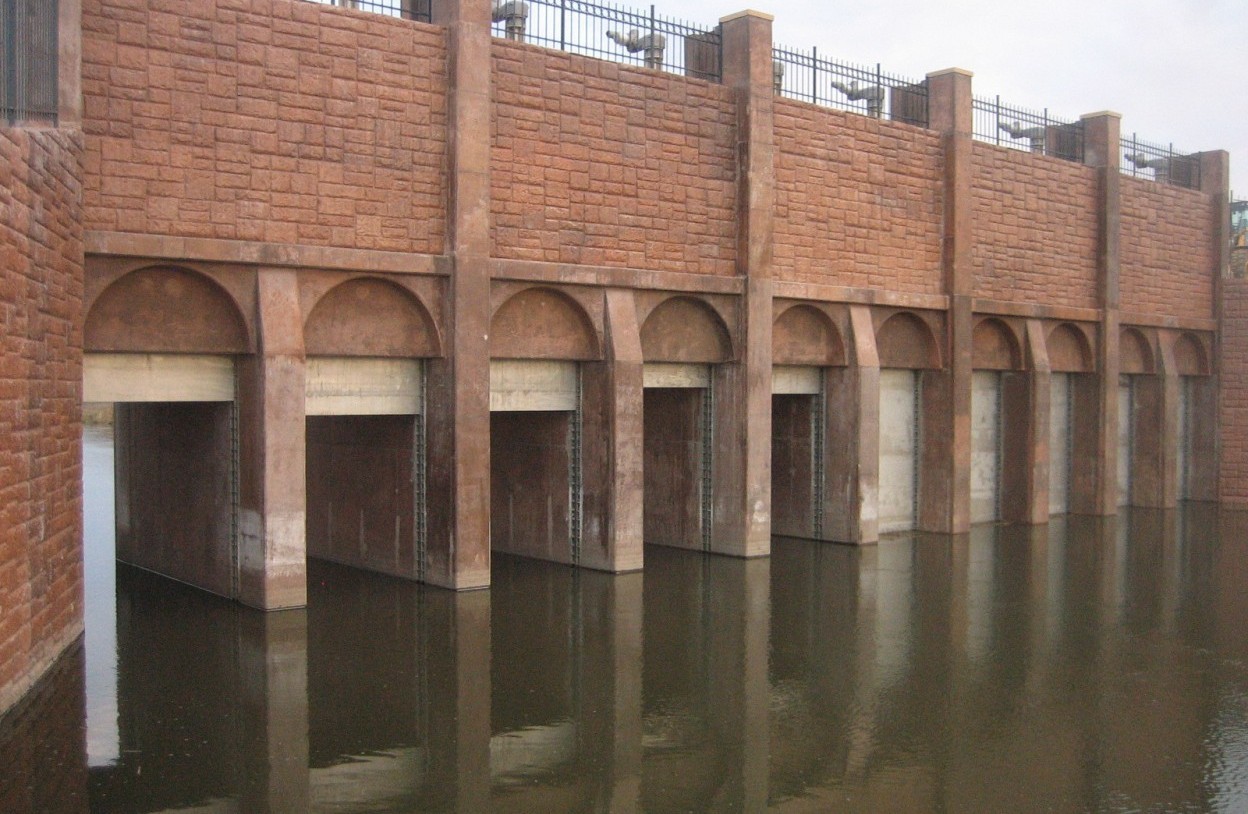 In 2005, the US Army Corp of Engineers completed Flood Protection Project drawings for the City of Sioux Falls. The design would protect the City against a 100 year flood event with an additional three feet of free board. Unfortunately that same year, hurricane Katrina hit and as result federal funds where redirected to the city of New Orleans including funds for this project. The project came back the following year in phases.

In 2006 the first phase of this project started. SFC Civil Constructors bid and was awarded the construction of three drainage structures and a retaining wall at Sertoma Park.

In 2010 we bid and were awarded the construction of the new flood control dam north of the Skunk Creek and Big Sioux River confluence. This dam has ten automatic gates and was constructed using color concrete and form liner. We also were awarded the construction of a 1500 linear foot concrete flood wall adjacent to the Minnehaha Country Club. Along with the flood wall, there was also the replacement of eight drainage / gate structures.

In 2011 the final phase of the project was bid for the rehabilitation of the existing diversion dam north of Sioux Falls Regional Airport. This included the replacement of fifteen drainage structures, and six flood closures. The dam rehabilitation included strenghtening of existing gates, rehabilitation and work to reinforce the spillway apron.