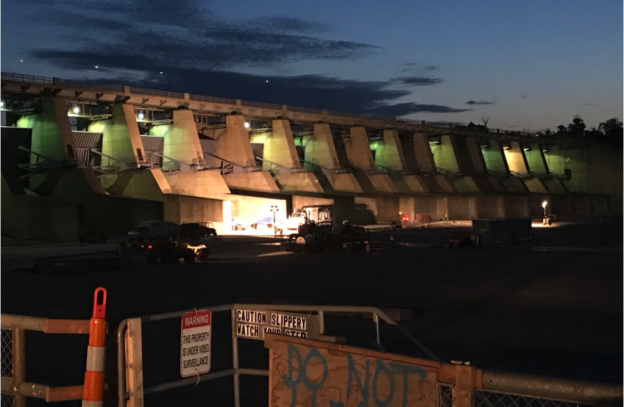 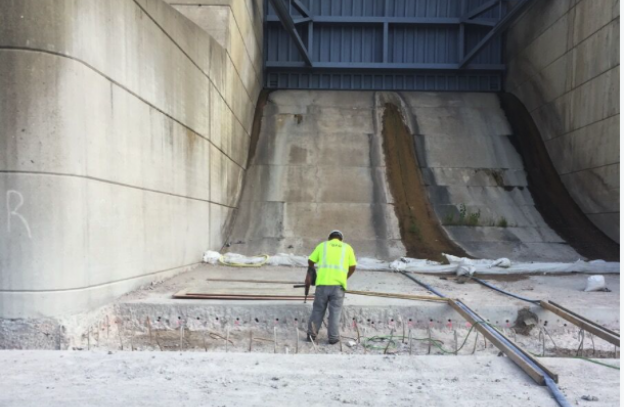 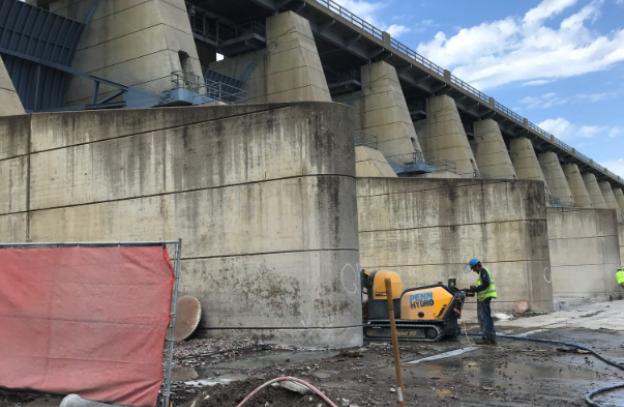 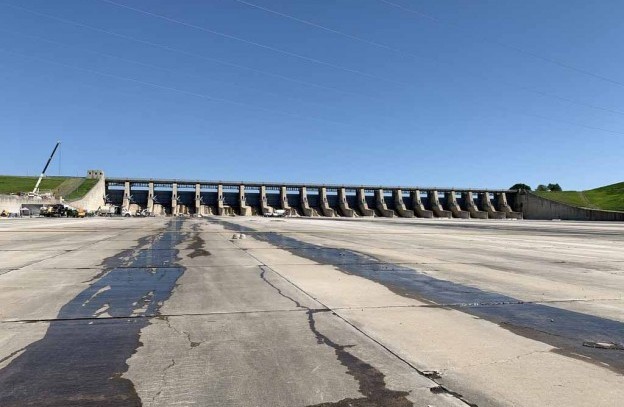 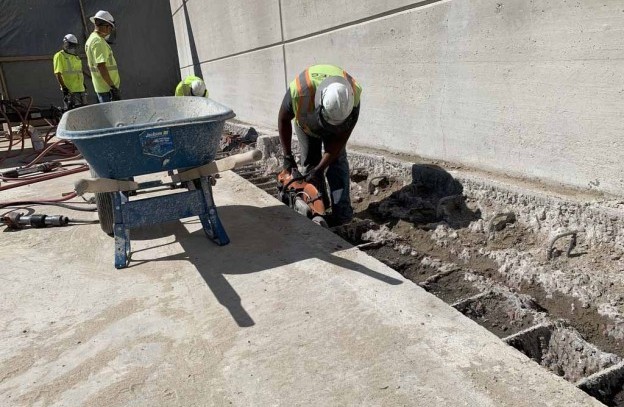 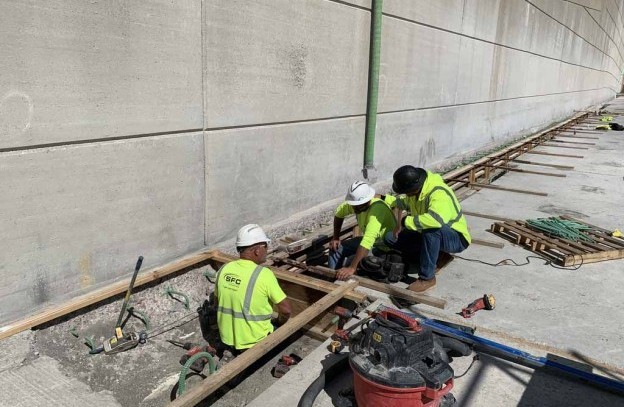 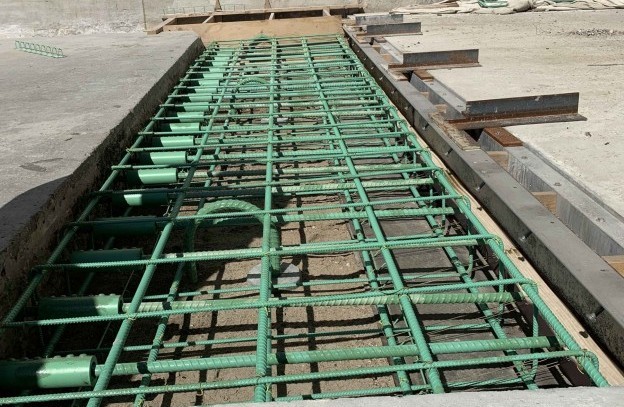 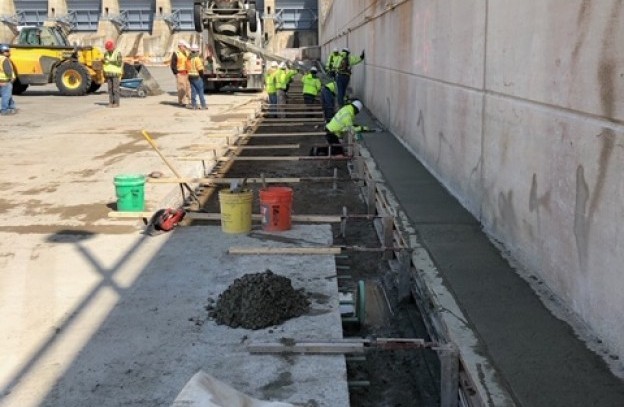 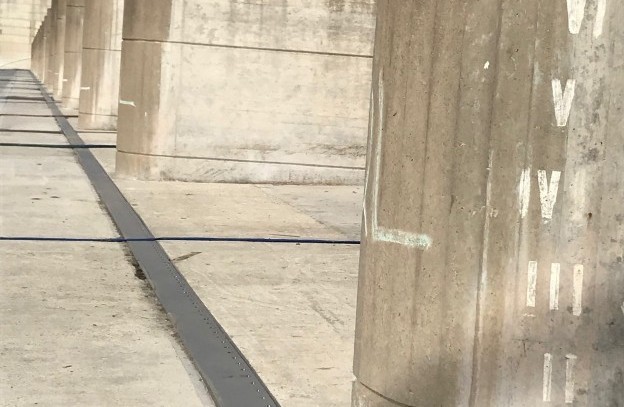 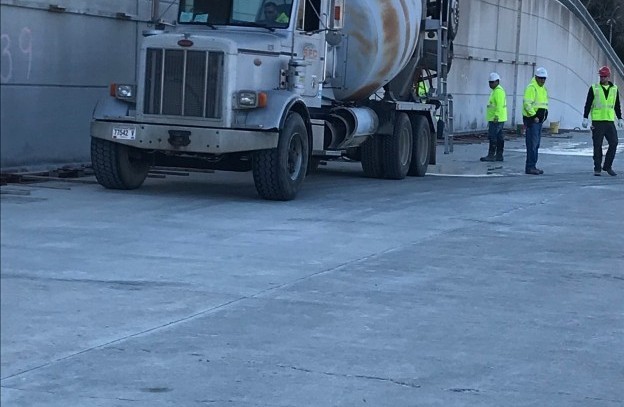 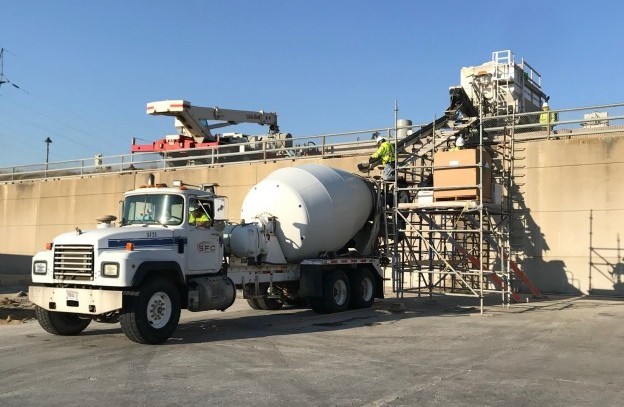 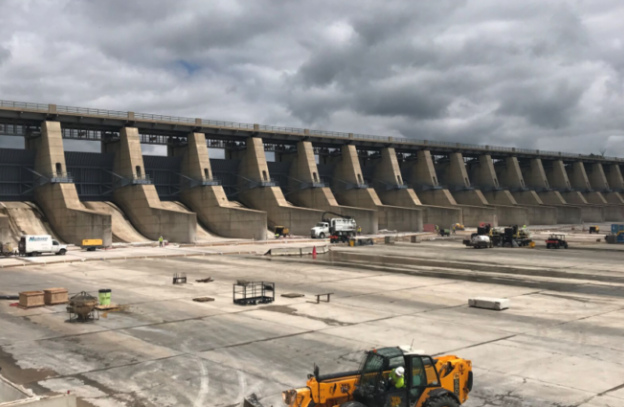 This project brought this landmark reservoir into the next stage of life. The Fort Randall Dam is among the country’s largest reservoirs, a tourist attraction for south-central South Dakota and an important source of hydroelectric power. SFC Civil Constructors completed a two-season project to make a big improvement. Completed in 1956, the Fort Randall Dam impounds the Missouri River and forms Lake Francis Case in Gregory and Charles Mix counties. In 2011, in response to Missouri River flooding, the dam released a record 143,000 cubic feet per second. Age and activity have caused the dam’s concrete to expand, contract and start to crack. In 2018, SFC Civil Constructors was selected by the U.S. Army Corps of Engineers to perform a $6 million upgrade.The project started with a 10-foot-wide strip of concrete that needed to be removed from the total length of the spillway, which is about 1,000 feet long. Once concrete was removed, the project moved on to integrating a new design from the U.S. Army Corps that created an expansion joint with stainless steel metal angles and plates.